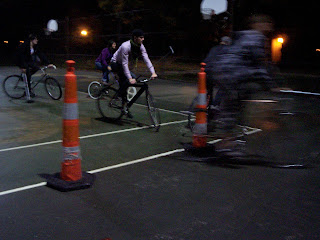 Another great night of polo!

The weather behaved, though the court was a little muddy, while the mist kept us cool. Unattempted 360's abound + lots of sliding. Very fun though! Ashley is quickly becoming one of the best players and "Lightning Lembo" (never strikes twice) is finding his rhythm. Also great showings from Tyler and Scofield, who are both improving immensely. Hell, who isn't improving? Maybe one day we'll actually be semi-decent polo players!

The weekend of November 6/7/8 we (Evan, Lembo, Zachary) will be heading to Columbia, Missouri for our first legitimate polo tournament (the Midwestern Polo Champeenships). While we fully intend on getting schooled-- but that seems to be exactly what we need. Should be a great weekend. I'm sure I'll have much to say as the date nears. 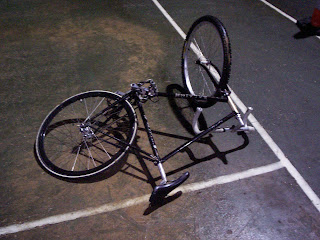