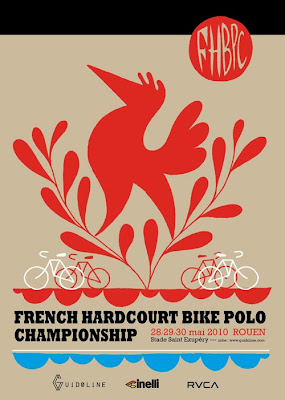 The French Championships happened a couple weeks ago and i finally ran across some photos from it. Read about it here and see the photos here. I really wish I could actually see some European polo in person! They seem to play a very different style then we do here in the states (or at least the Midwest) but I want to find out firsthand. Anyone got a spare ticket to Berlin? Now let's see how these guys do against American slayers like the Beaver Boys ;)