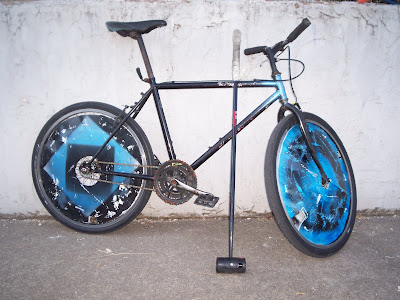 Donnie Kong's Sidewinder.
Kinda an ominous photograph considering it just broke his ankle. We had never really taken a picture of his bike (even though i try to buy it off him every week, cause sidewinders are the shit!) but that day we were like 'yeah, it's about time'. Then days later a tight turn and a wet court end his season. 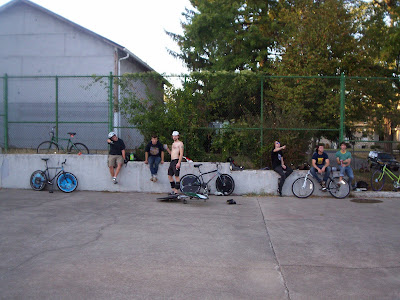 "In the playground is where i spent most of my days..." 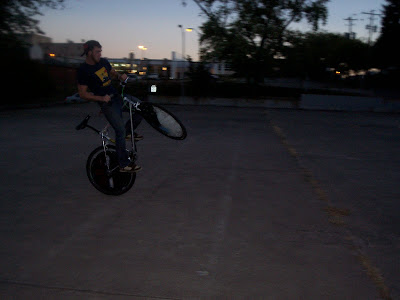 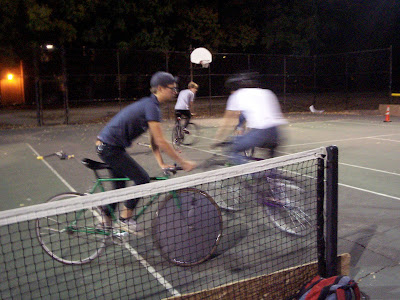 Lots of new legit players, a handful of which might be good enough for competitive and/or tournament play. Brenden, Taylor, (new) Zach, and Mitch all have solid potential. Heath and Bruce have already taken their game to the next level, but have yet to be proven in tournament play. Luckily we have Louisville and Lexington before the year ends, so we'll get to see how these prospects turn out. 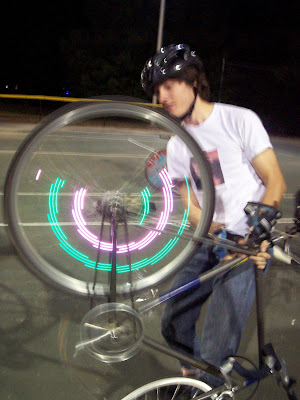 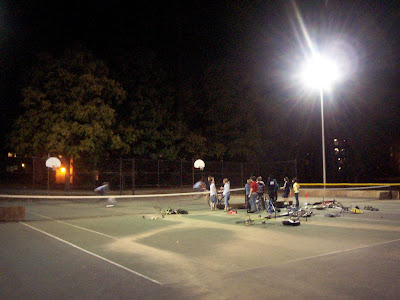 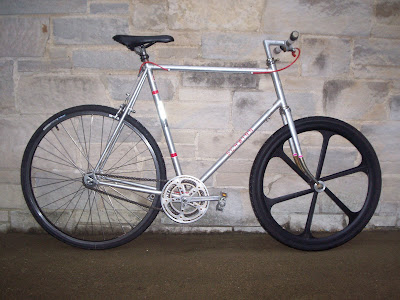 Fancy mag-wheel courtesy of the Shawn Wolf of Joe's Cycles in Indy.
Now that i think about it, i never posted the photos from the Mass Ave polo demo, though damn that was a great time. Shawn and Richard killed it on the course while bloomington hero Eric Young slayed the pros. And i got a free mag wheel!

Good times. And thanks Shawn.