Are YOU ready for the midwestern open? 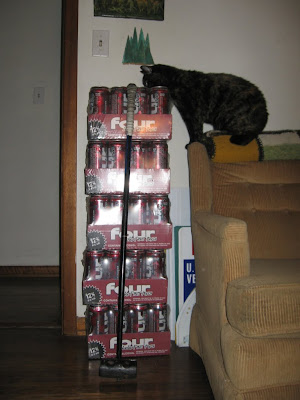 I am.
Since both Big Red Liquors and their distributor are no longer carrying FourLoko I called all the stores in the county to see if they had any left. One store waaay on the southside said they still had a few flats in the back. After getting off work this morning i drove on down and bought 'em all. A woman buying whiskey even commented "that stuff's dangerous"... yeah and whiskey ain't?

PS - if anyone wants to do a "Loko swap" in Lexington let me know! I like the lemonade and raspberry flavors but they aren't sold in Indiana...
Posted by Polo-Velo-Bloomington at Friday, November 05, 2010