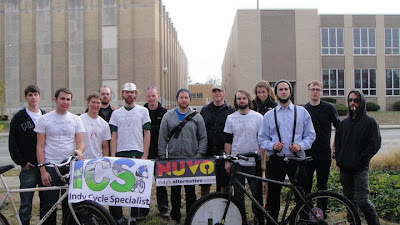 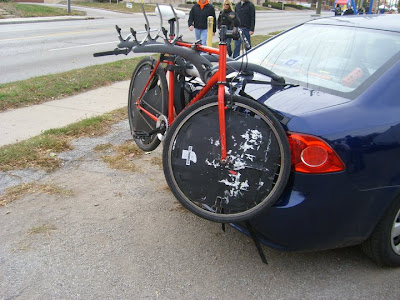 After loading out bikes and spending some time in the bike shop this is the sight we came out too... Travis and I had simultaneous heart attacks... 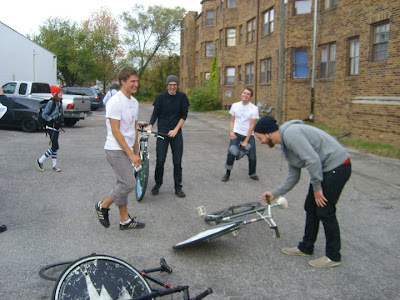 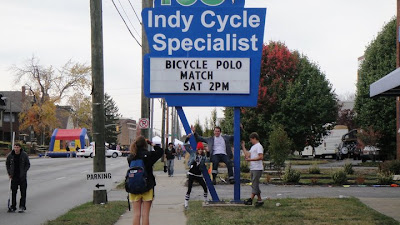 Overall great times at the Irvington Neighborhood Halloween Festival. Lots of little kids in costumes eating candy and watching polo! They especially liked the stupid ball tricks at halftime, though i about killed a kid with a wayward grass polo shot... yeah gotta keep practicing those. After an interesting match "Doomington" in their white and blood defeated the Indy team (decked out in black and facepaint) 20-6. The best news is that the festival organizers loved us and there is talk of making this a small tournament next year! Actually keith and i have all sorts of good things planned for next year, the most important of which is a statewide non-profit (that's already in the works).

Thanks to Short-shorts Megan for the photos. Also if you wanna see a few more from the day check out bruce's smuggy site. They're mostly just pictures of Bruce but there's some other good ones in there too.