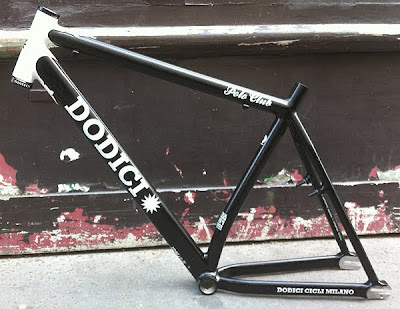 Remember those Team Apologie bikes from '10? Well apparently that was the V2, and this one is the V3.. and it's aluminum! These have been around for a few months now but i just ran across 'em, in two different places actually.. at the Dead Rappers team blog and Yorgo's fancy blog. 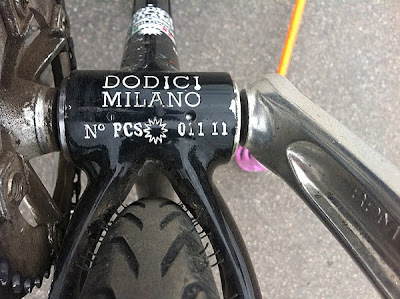 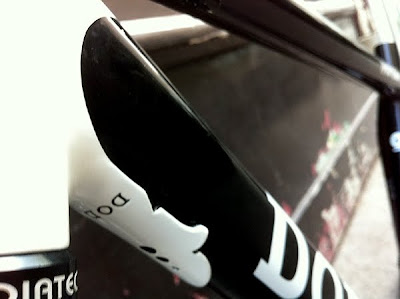 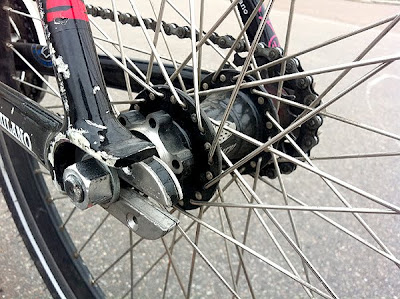 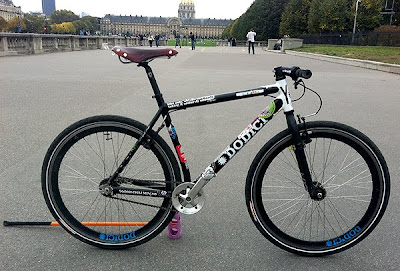 Notice how the seat tube is a curved (single bend) as opposed to S-bend (double). We've been seeing a lot of those on the Marino customs out of Peru, and while i'd personally prefer an S-bend it's really nice to see framemakers adding that extra touch allowing much larger tire clearance and set back saddles. Remember Brad's Geekhouse? That was February of '11, and while that style seattube has been around since the early 1900's on grass polo bikes, i think as one of the first polo "show bikes" was a watershed moment. (note: Will from New Orleans also had a similar Geekhouse around the same time.) Ever since then i've been seeing curved and s-bend seat tubes poppin' up everywhere!

And that's a good thing.