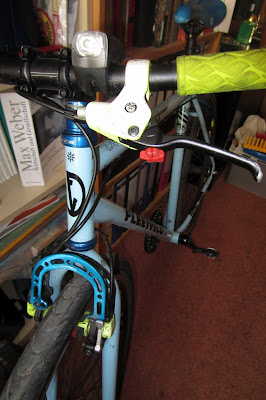 I met Richard in Philadelphia when we were both in town for ESPI's. He, along with his teammates Woadie and Chombo, ended up crashing with us and having all sorts of drunken fun. Maybe that's why we ended up being the only team to beat them in swiss rounds, eh? The best part though was getting to check out his amazing braking system.

I had heard about hydraulic rim brakes being used for trials riding, but had never seen them in person, let alone on a polo bike. I was taken aback at how much power and modulation they supplied and have often thought about his bike ever since. Well apparently he upgraded to a Joust (!) but still kept his preferred braking system. He was also kind enough to send me a few close-ups of the new rig... thanks Richard! 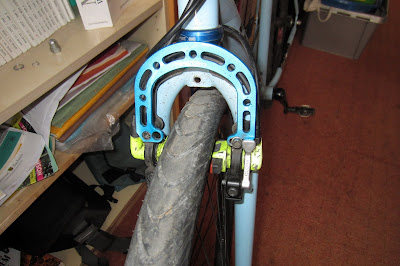 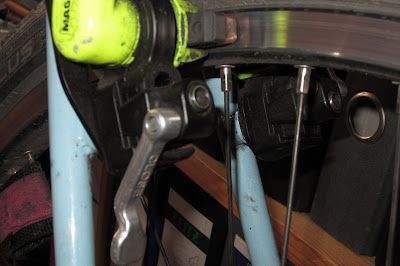 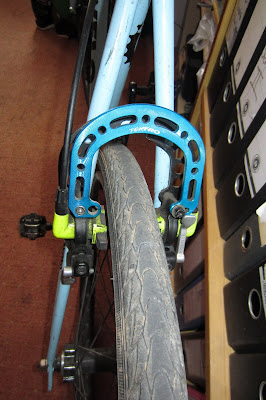 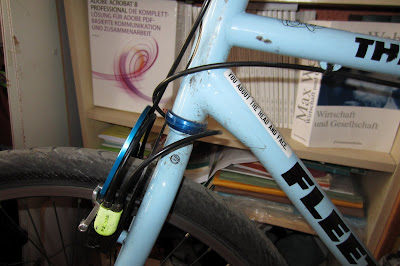 I think the only person who might give Richard brake setup a run for it's money is Cleveland Bob's hydraulic disc brakes. Disc or rim is a preference thing, but since i prefer the feel of rim brakes i'm gonna give the edge to Richard.

Check out Magura's Magura's website for a complete rundown of their products.